Here's the announcement you've been waiting for!

Here’s the announcement you’ve been waiting for!

It is with great excitement that Soulmare Promotions, in association with Wyrd Ways PR can announce the headliner for The Blast At The Belgrave: they are Leeds’ very own melodic powerhouse Chasing Dragons, a band still riding a wave of excellent reviews of their most recent EP, Checkmate. They are a welcome new recruit to a line-up of bands guaranteed to rip the roof off any venue that dares to house them.

The Blast In The Belgrave is a celebration of the achievements of female pioneers in the field of Heavy music, such as Doro Pesch, Sean Yseault and Angela Gossow, as well as being a tantalizing glimpse into the future, focussing firmly on a clutch of the best and brightest underground bands.

Gathered together by Soulmare Promotions for this special event are local bands, Severed Heaven, Dear Atria, Rugosa, Hungary’s Sorronia and newly announced headliner, Chasing Dragons. On the evening of the 20th of November at The Belgrave Music Hall and Canteen, for your entertainment, these five bands will tear Leeds a new one!

Leeds band Chasing Dragons are a snarling beast, fusing frenetic stabs of penetrating guitar, thunderous vocals and a titanic rhythm section, all of which bind moments of Metal and Hard Rock with a raging Punk undercurrent. Drawing comparisons to Iron Maiden, Avenged Sevenfold and Aiden, Chasing Dragons are making some serious noise, having shared the stage with Skindred, The Blackout, Funeral For A Friend, Glamour Of The Kill, Pendulum, Death Angel, The Sweet and many others.

Rugosa are a Brighouse-based Symphonic Epic Power Metal band, originally formed in early 2009. Their line-up has finally stabilized, allowing them to finally push on and take their music seriously.

Dear Atria are a five-piece from Leeds. Since their formation last year, they’ve released a pair of music videos and their debut EP. The band’s sound consists of dual guitar harmonies, melodic choruses, heavy breakdowns and female vocals to add that little bit of sweetness to the mix.

Sorronia are a Symphonic Metal act from Budapest in Hungary. They were originally formed in November 2011 by Anna Király (vocalist) and István Biró (keyboardist). The concept was to form a new female fronted act with smooth rock fills, but with hard, Metal riffs and Gothic elements, accompanied by a Symphony Orchestra. You can hear the result when they hit the stage.

Formed in 2007, Leeds quintet Severed Heaven expertly combine elements of Death, Doom and Black Metal,all executed with a power and passion largely absent in the male-dominated Metal genre. Spine-tingling guitar harmonies are interwoven with crushingly brutal passages, all capped off with ferocious, feral vocals and the band’s very own West Yorkshire Chug.

Initially consisting of Lauren “Satanica” Price (vocals), Leanne Warren (guitars), Vanessa Murray (guitars), Charlotte Bleasdale (bass) and Anna Stewart (drums), Severed Heaven released their debut album, Incessant Darkness in 2010. The band’s gigging schedule has covered the length and breadth of the country, seeing them share stages with the likes of Gorgoroth, Hecate Enthroned, Sworn Enemy, Hate and Nemhain. Better yet, the band earned a headlining slot on the unsigned stage at Bloodstock Open Air in 2009, and met the occasion with a stellar performance.

Tickets are available from SoulMare Promotions, Crash Records and Jumbo Records in Leeds, £5 in advance, £6 on the door. 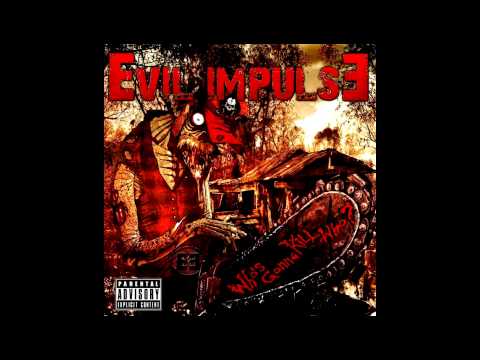