'Into Oblivion' was filmed across two days inside a storage container on an industrial estate in Weston Super Mare with Marianne Harris. "Marianne is a great person to work with," comments bassist Aaron Preston. "She has worked with bands such as The Darkness, A Day To Remember, The Lounge Kittens and more! She's very creative, and with myself, we both wrote the storyboard and created, what we feel is an incredible music video.

"It's something quite different to our first single/video 'Embrace The Flames' in that it’s the heaviest song on the album with probably the catchiest chorus. When we started writing this track we knew instantly it would be a strong song and it has rapidly also become a great song live which has led to some crazy moments and brutal pits, a real crowd favourite..."

"A lot of work went into the set design and feel because we needed to create a real sense of despair as well as hope. The song itself is written about a person giving into an addiction of some kind. About a person really losing his/her mind and then overcoming that to be almost reborn. The message is quite clear with this song. No matter how tough life gets there’s always light at the other end of the tunnel, pick yourself up, chuck on some metal and get on with your day!" 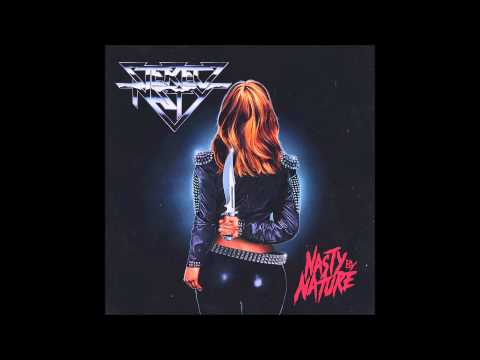